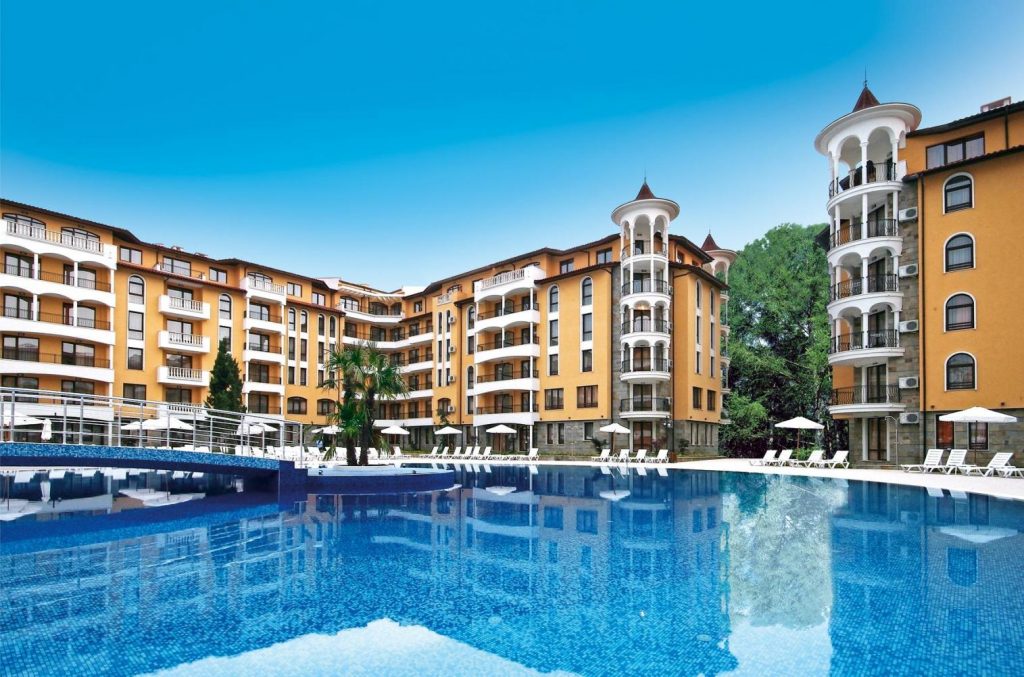 Once a holiday destination for apparatchniks, Bulgaria now offers tempting investment opportunities. Think of a land of 50p-pints and £2 meals, long white sands on hot summer days and fully-furnished two-bed beach apartments for £35,000. Add to that guaranteed rental income and a minimum 25 per cent increase in value by this time next year. Where is this paradise? Bulgaria, that’s where.

“Bulgaria has been a tourist destination for decades among holidaymakers from the old Communist block so the basic infrastructure is good, but what it needed was sufficient quality to attract Western markets and that now exists,” says Tahir Ali, a director of Bulgaria Revealed, one of a dozen specialist agencies to emerge in the UK in the past year to promote property in a country until now associated with dodgy wine and an avuncular Womble. “The old Black Sea resorts were just blocks around a swimming pool. Now developments such as the Diamond Resort in Sunny Beach, which we represent, have a gym, beauty centre, internet café, even an Irish bar,” adds Ali.

Most of Bulgaria Revealed’s clients are interested in buying off-plan. “You can find inland properties dirt cheap and do them up, but unless you’re planning to live there, it’s not a worthwhile investment if you’re more than two miles from the coast,” says Ali.

Bulgarian government has invested €20m to build up an infrastructure of European standards. The United States is pouring in money too, having targeted Bulgaria as a strategic base for the Middle East.

All the major UK tour companies, including Thomson, Thomas Cook and First Choice, now offer package holidays to Bulgaria and budget airlines such as EasyJet are eyeing up the possibilities of adding it to their destination list. “Visitors to Bulgaria are increasing by 30 per cent every year, which is a real reason to need new accommodation. It’s not just an investment bubble,” says Robert Jenkin, a director of Bulgarian Dreams, who only deal in new-build investment properties. “Until budget airlines start flying there, existing properties are harder to rent out as there is no independent rental market in Bulgaria. With new-build, you get a good rental income through tour operators.”

Besides Black Sea resorts such as Sunny Beach and its more upmarket neighbour Vlas, the capital, Sofia, and ski resorts Bansko – a world heritage site – and Borovets offer tempting investment opportunities. Bulgaria Revealed is selling two-bed apartments off-plan in Bansko for £59,000. “You’ll get 10 months annual rental for £30 a night, which means an 11 per cent yield, and the capital value is increasing 20 per cent a year,” says Ali. 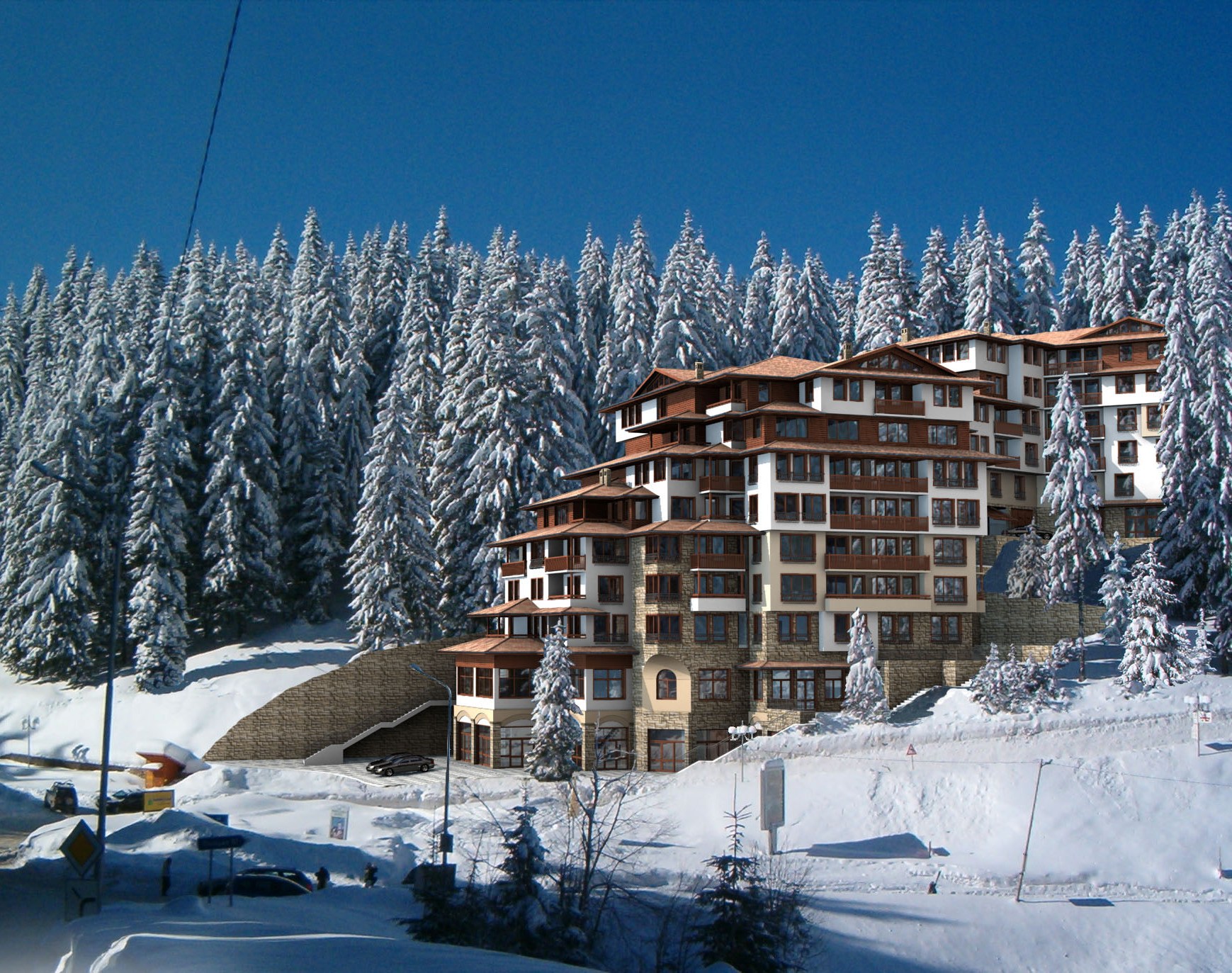 Robert Jenkin agrees that Bulgaria’s ski resorts are a prime area for investment. “Bansko and Borovets are ski resorts of international standard with beautiful undeveloped mountain ranges and wilderness perfect for hiking and fishing, so there’s a year-round market.” While the coast offers greatest investment potential, Jenkin comments: “Like any capital city, Sofia is pure investment. Its population has doubled in the past five years and prices are rising as EU membership approaches.”

So who is buying in Bulgaria? “Many people who bought second homes in Spain or Italy have sold up and invested in Bulgaria instead,” says Jenkin. “The Spanish costas have reached saturation point and it’s no longer a cheap country. In Bulgaria the cost of going out is negligible and money goes a long way.”

Brian Hollett, a teacher from Saffron Walden in Essex, has just invested in two off-plan properties through Bulgarian Dreams. “I was looking to buy a second property in Italy but prices have risen so much since the [launch of the] euro that I thought I should look into the possibilities of Eastern Europe,” says Hollett.

“I spent a week in Bulgaria looking at off-plan developments and put down the deposit for a £60,000 one-bed apartment near Sunny Beach, which I can let out for five months a year, and a one-bed apartment in Sofia’s diplomatic centre, with year-round rental. Each will make about 8 per cent yield. If they do well, I’ll hold on to them until EU entry.” Hollett had hesitations about investing in such an unknown quantity. “I did lots of research. There’s a higher risk than other places because it’s new so I would advise anyone not to buy off-plan until you have visited the location. Some developments look good on paper but in reality are a long way from the beach or in unattractive surroundings. I’d be reluctant to buy further south around Sozopol and towards the Turkish border, where it’s less developed and the roads are bad. You really need to be within 45 minutes of the airport.” Some estate agents are marketing Bulgaria as the “new Spain”. The idea is if you missed out on making your million in Spain 10 years ago, buy in Bulgaria now and reap similar rewards.

But the Black Sea isn’t the Costa del Sol just yet. Standards of service and infrastructure aside, investing in a fledgling property market has its limitations – such as only having one mortgage product at your disposal, launched this month by Piraeus Bank with a 7.5 per cent standard variable interest rate. “You can’t draw a mortgage until the property is complete, so for an off-plan development you have to find the money for the whole project,” says Ali.

Although Jenkin adds that the bank will give his clients a guarantee in principle for the mortgage before completion, “so in that way clients can get mortgages on off-plan properties”. Jenkin says that although Bulgaria has yet to join the EU, there are no legal hazards associated with buying there. “It has a well-documented land registry system which works well and we only sell freehold properties so we avoid any leasehold issues. “Problems only occur if you don’t do the right checks, which is the case in any country. With older properties you need to find out if anyone else in the vendor’s family is entitled to a share of the property through inheritance. But all this information is recorded and we can recommend good English-speaking lawyers to do all the checks for the buyer.” So that just leaves you to go and crack open that £1 bottle of bubbly.